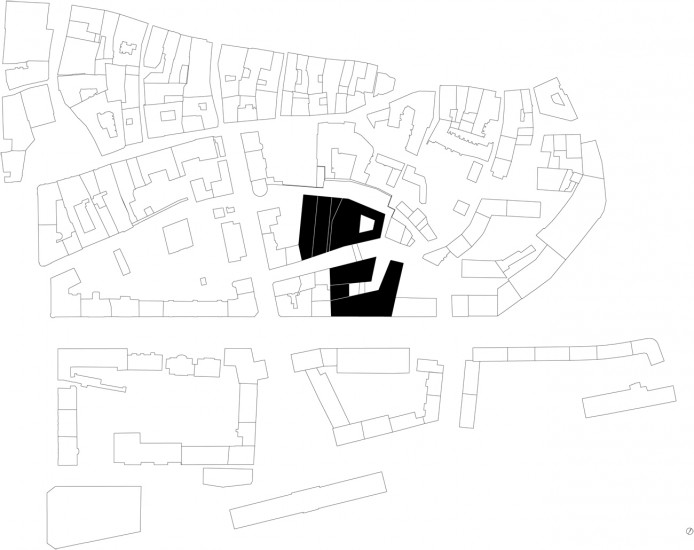 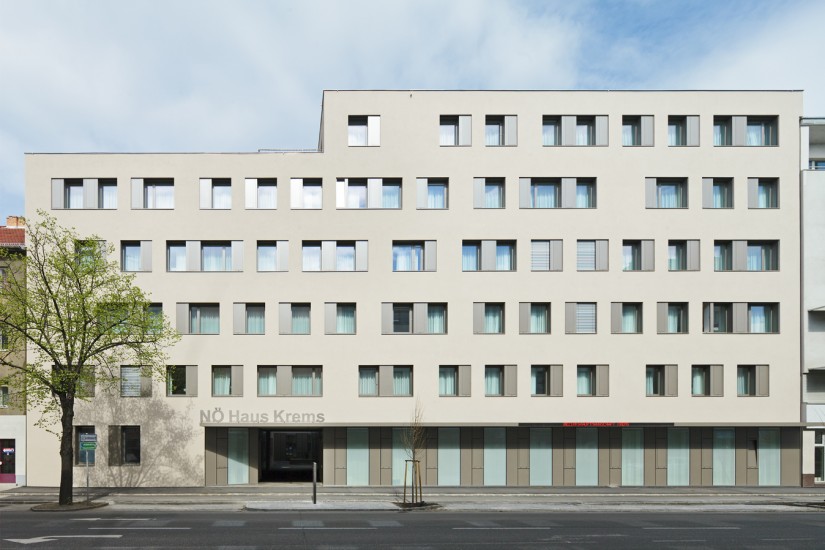 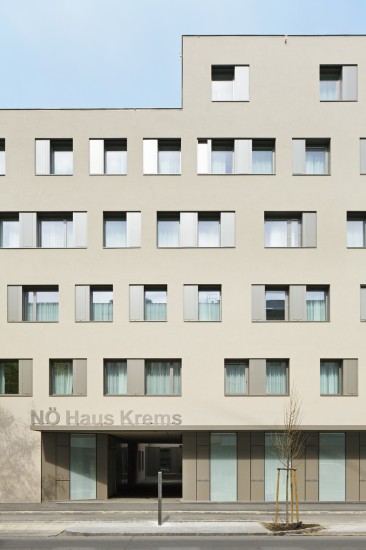 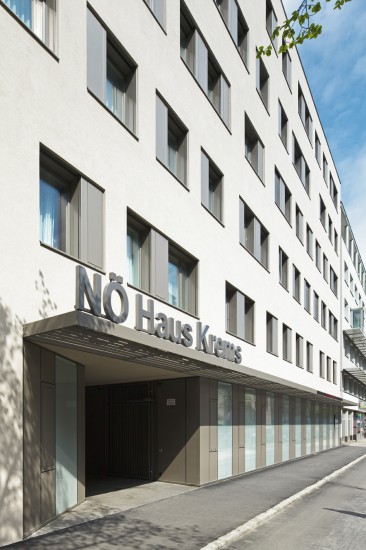 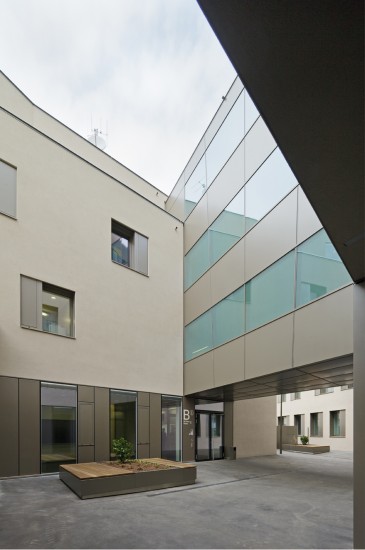 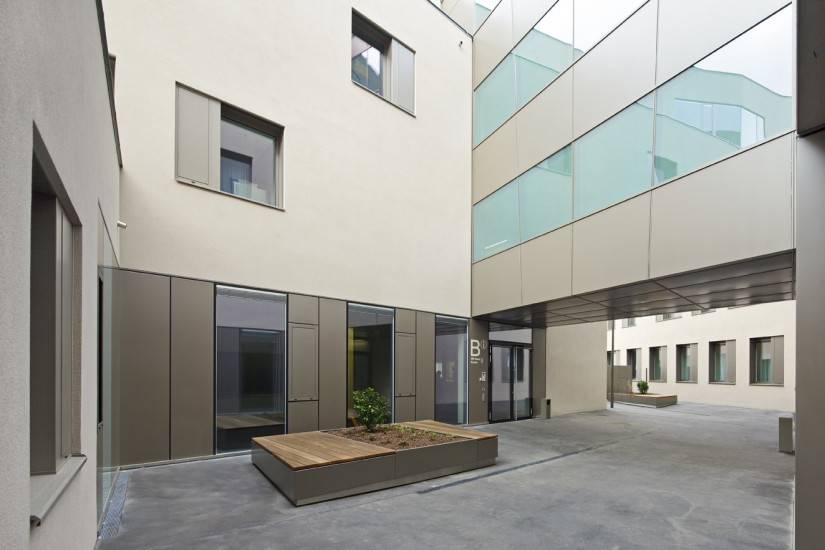 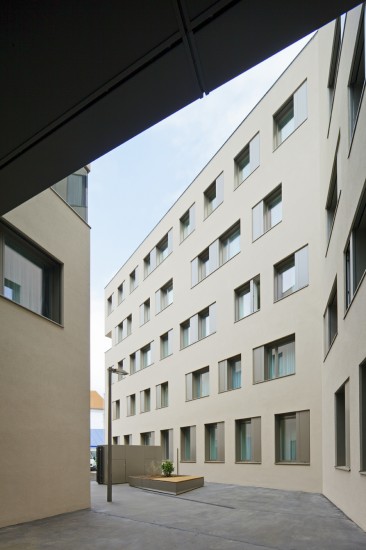 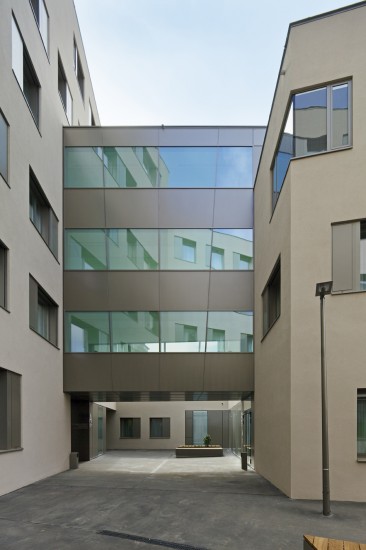 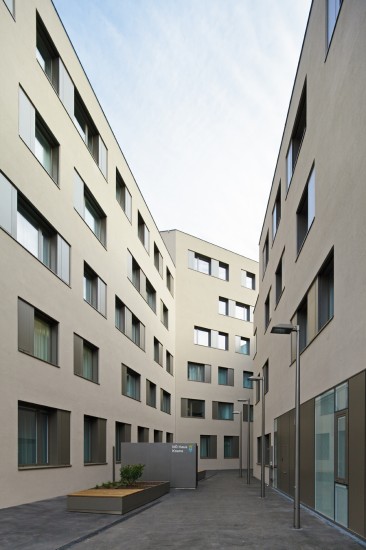 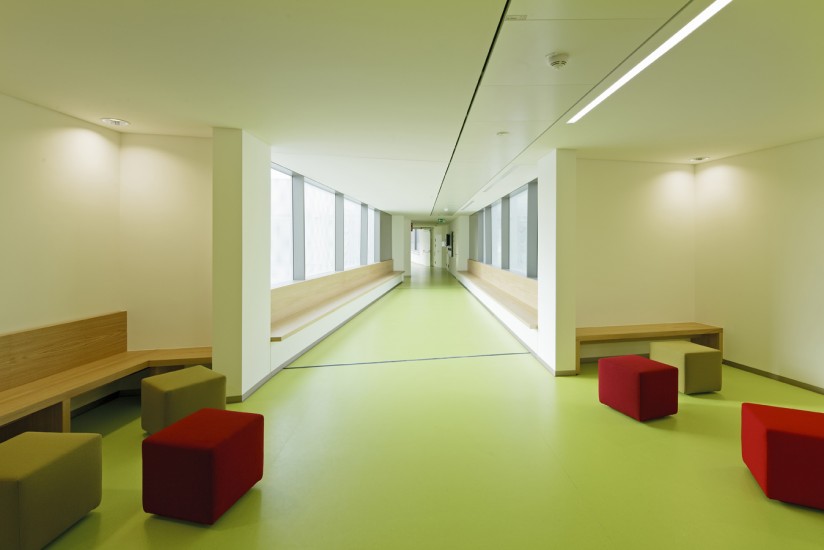 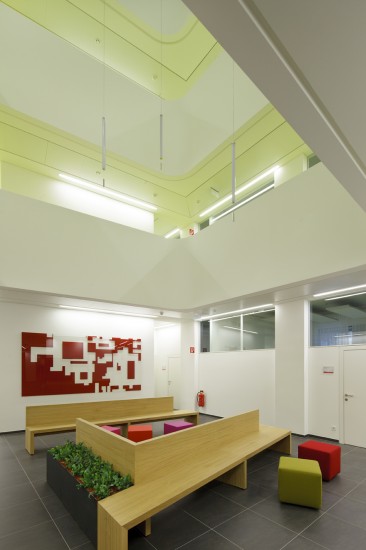 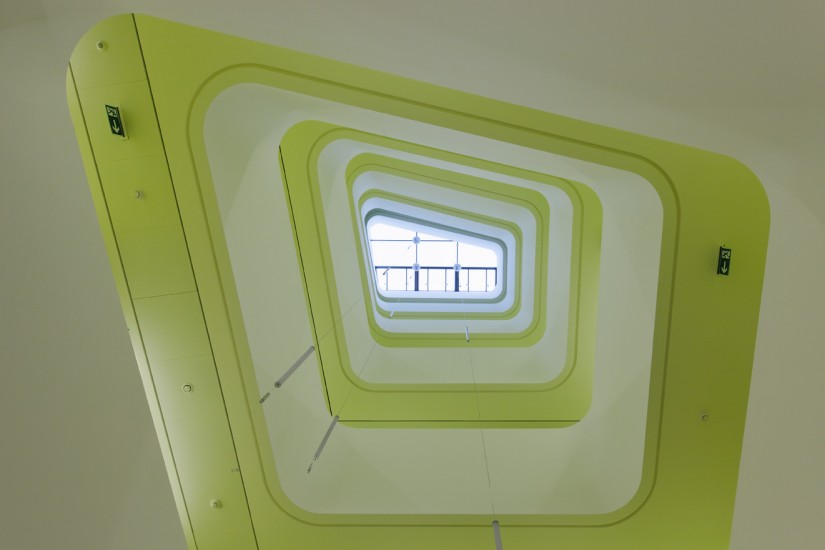 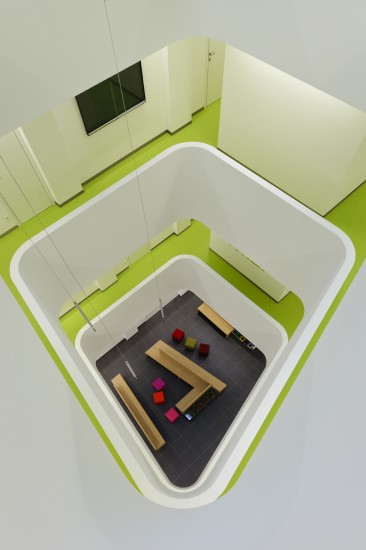 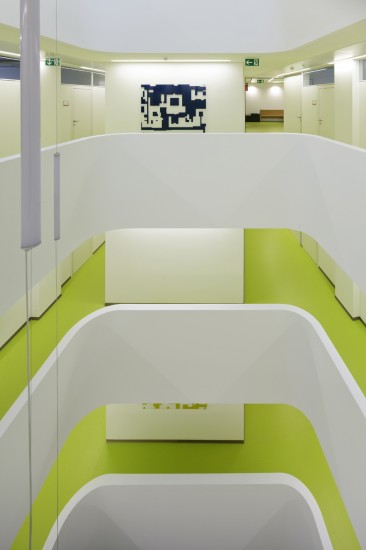 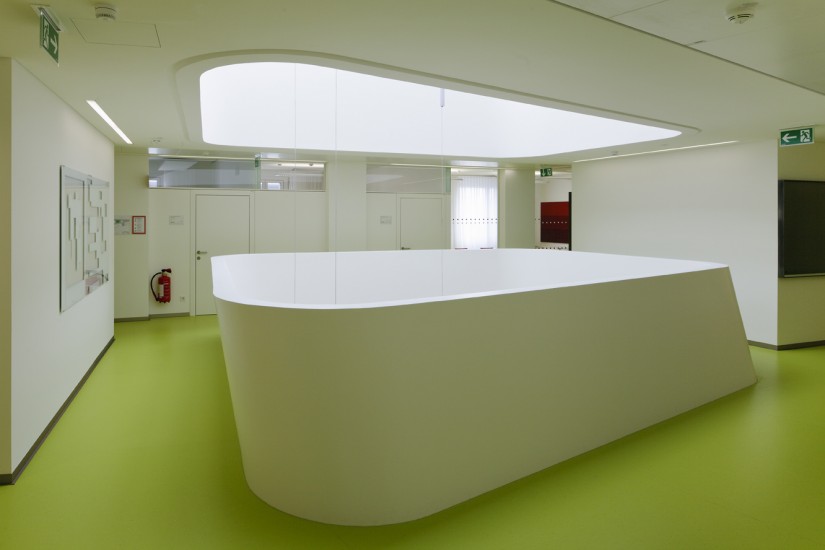 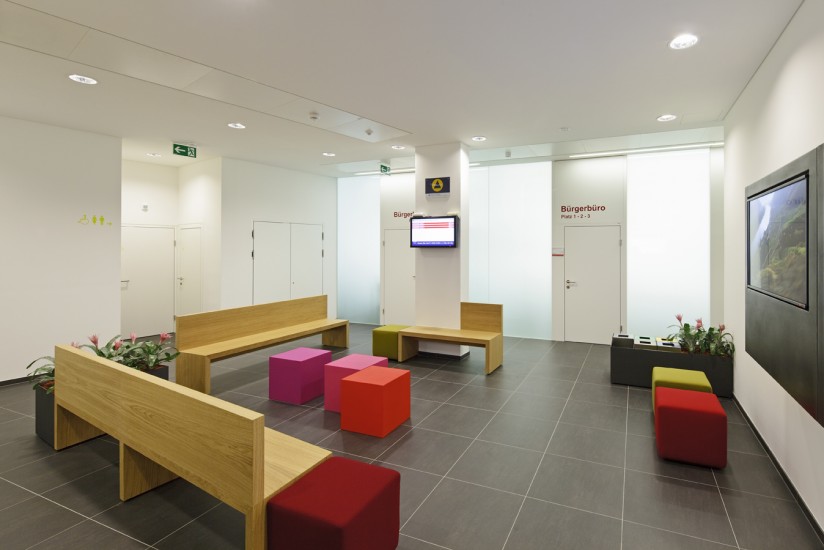 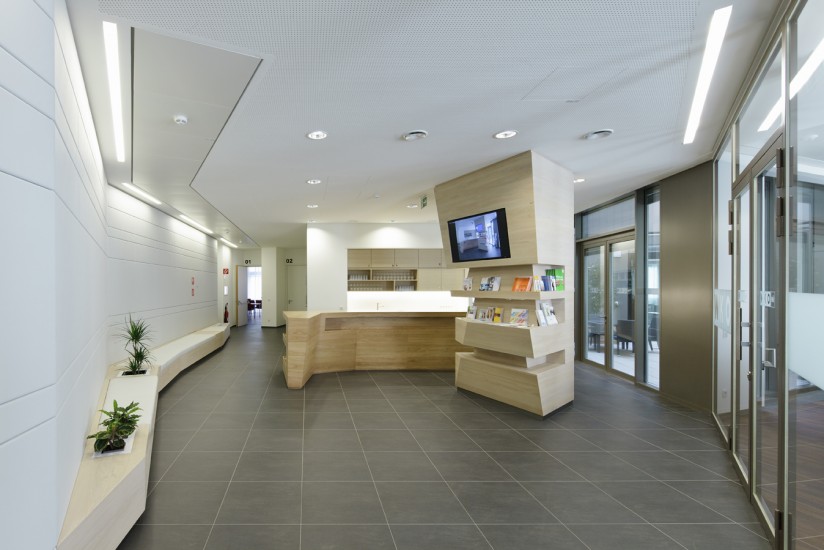 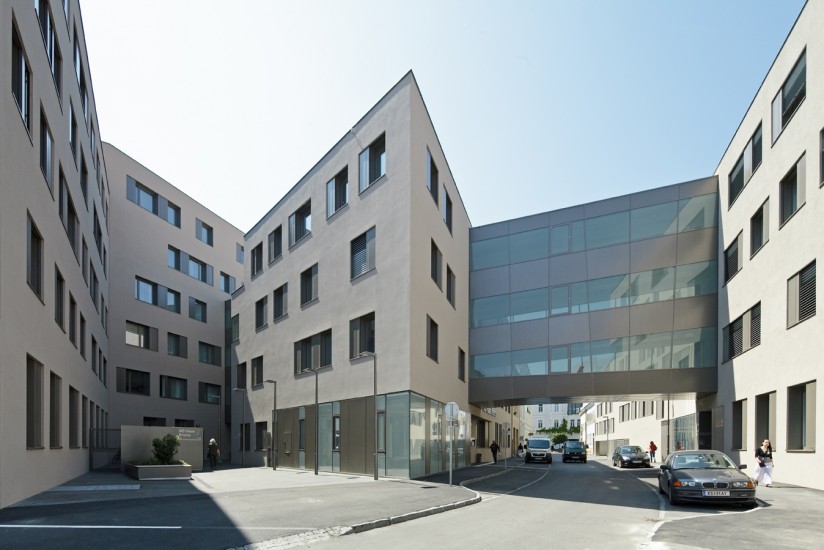 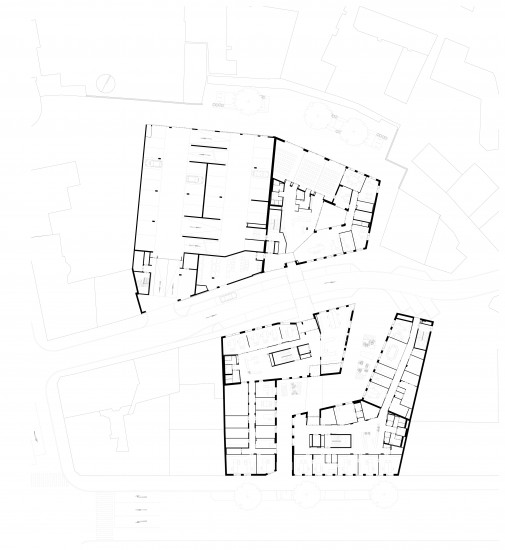 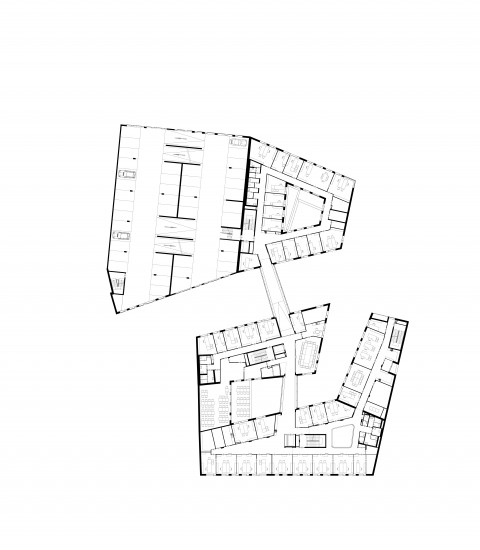 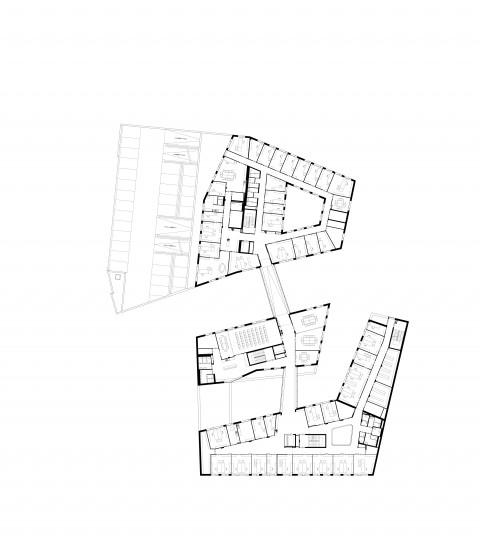 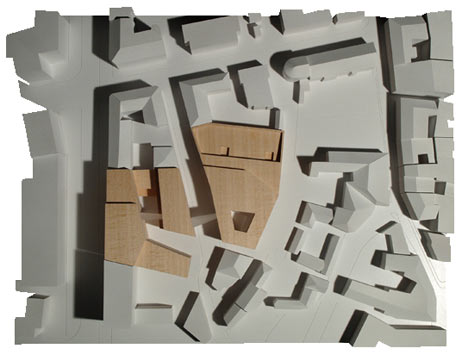 The Niederösterreich Haus Krems (NHK) sets a new standard in ecological office building: Already during construction more than 1,000 tons of carbon dioxide emissions were saved through the use of Eco-Cement. With the building in operation, CO2 emissions will be reduced by 100 tons per year, which is as much as is produced by the heating of 25 single-family homes per year! The NHK, however, offers sustainable solutions not only with regard to construction and building services engineering: Easily reachable by public transportation, the public office building is situated in an as yet little frequented part of downtown Krems, where it may provide new urban impulses. By integrating in the small-scale zoning structure of the location, it becomes a new ‘part of town’ in several respects: alleys, pedestrian overpasses, passageways, inner courtyards, roof gardens produce an urban ambience as is typical of Krems, like in the Old Town, creating a varied everyday environment for users. Several public offices are concentrated in one location, which will facilitate both authority contacts for citizens and communication among people working at different offices. The architectural articulation of the building does not showcase the Passive House standard, which is a matter of course in contemporary architecture, but instead is focused on providing a building that fits its surroundings and purpose.