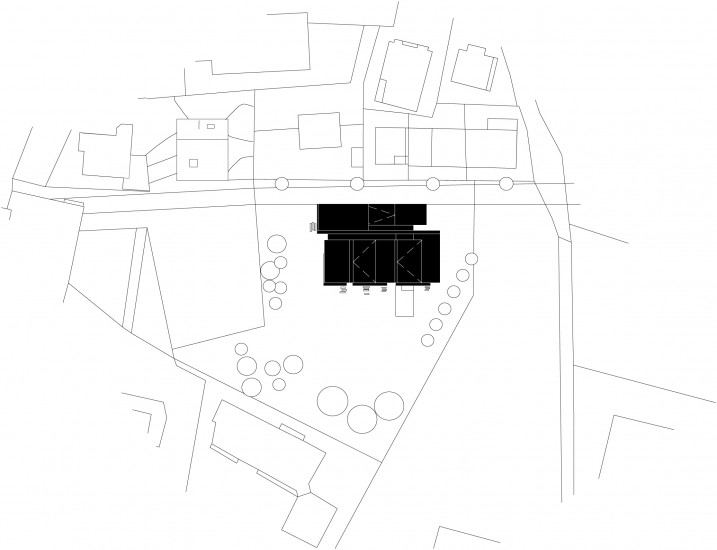 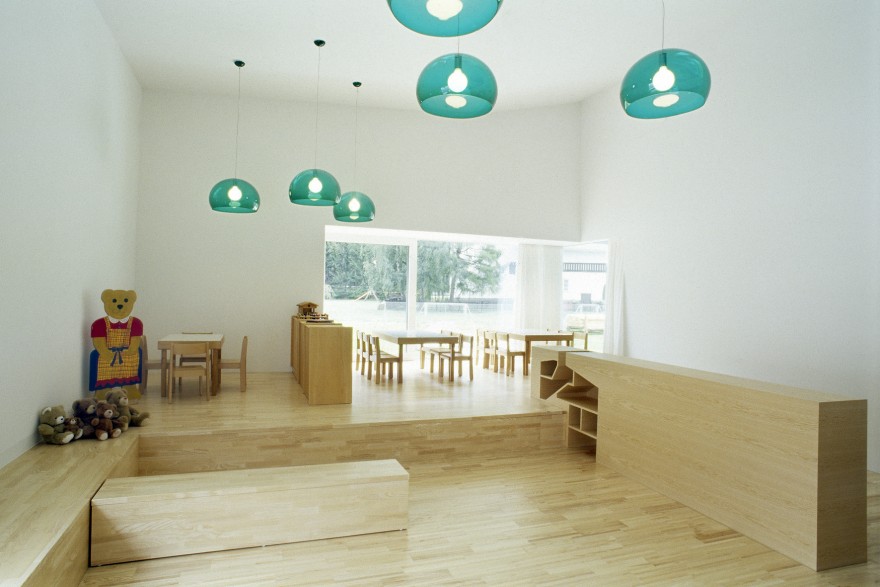 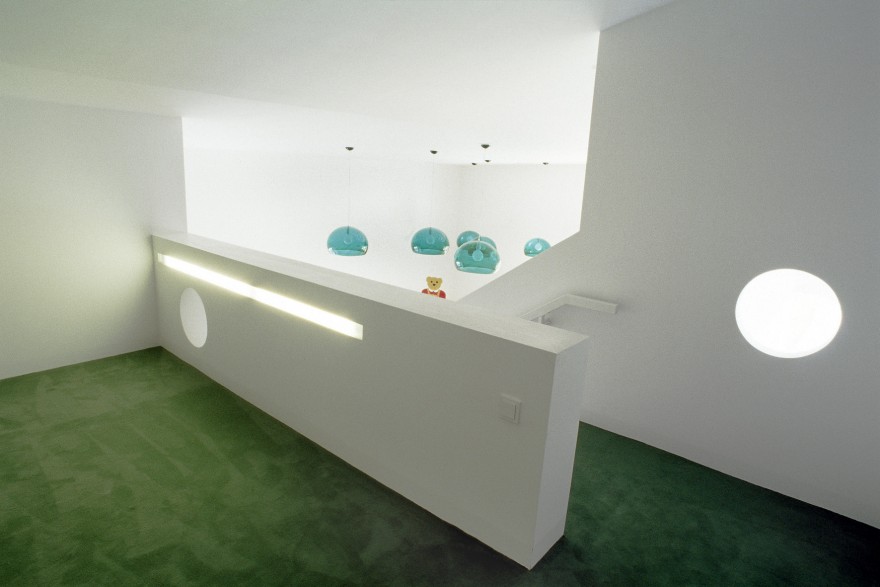 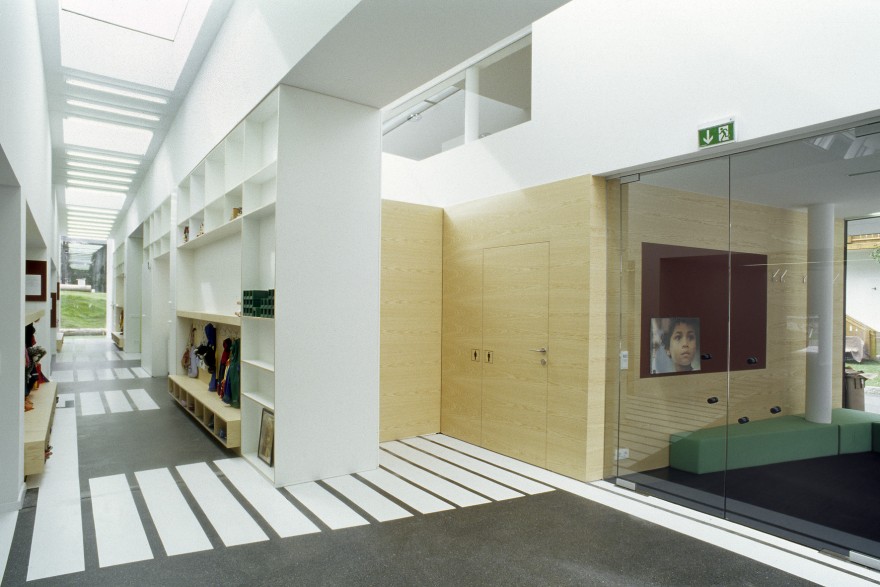 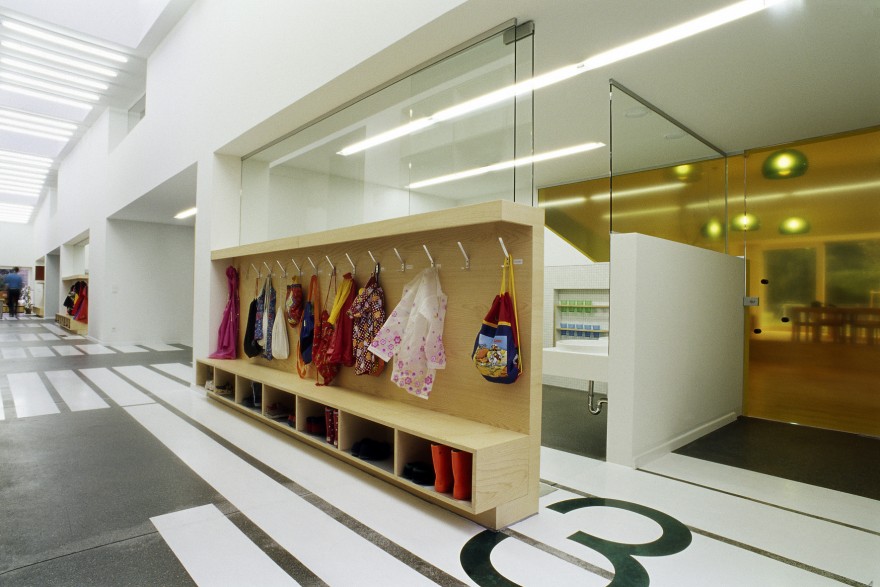 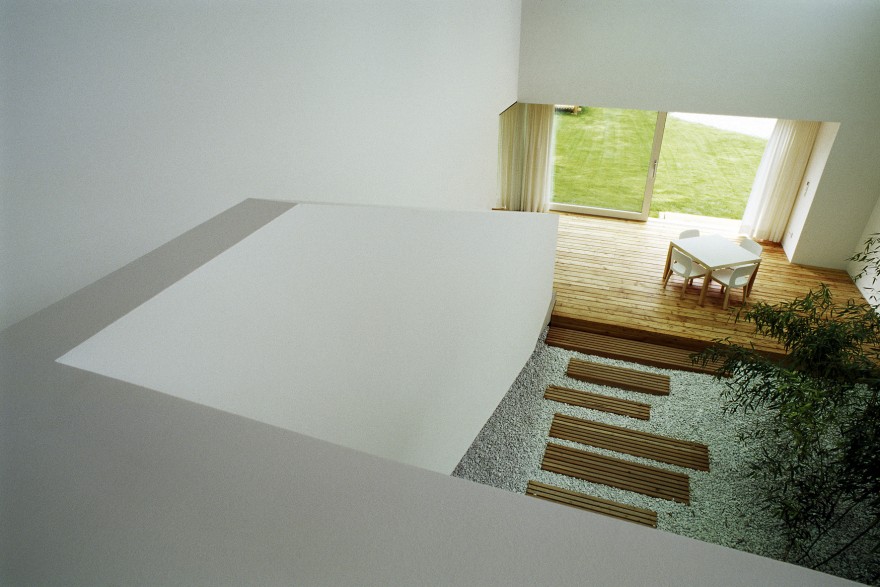 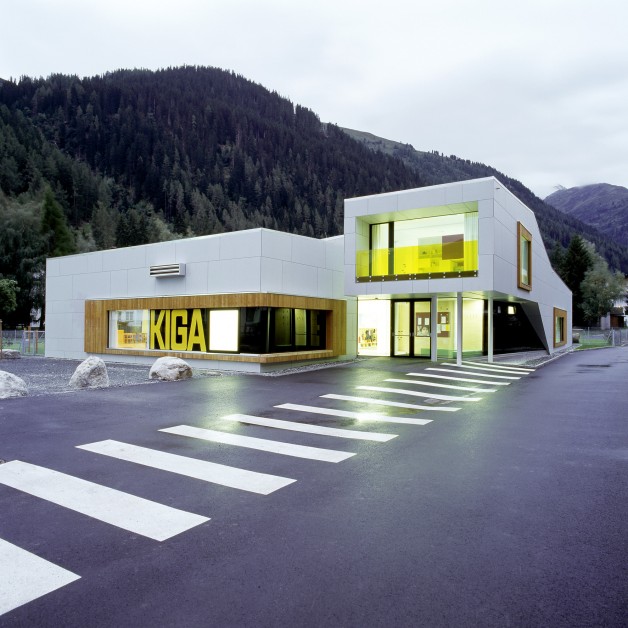 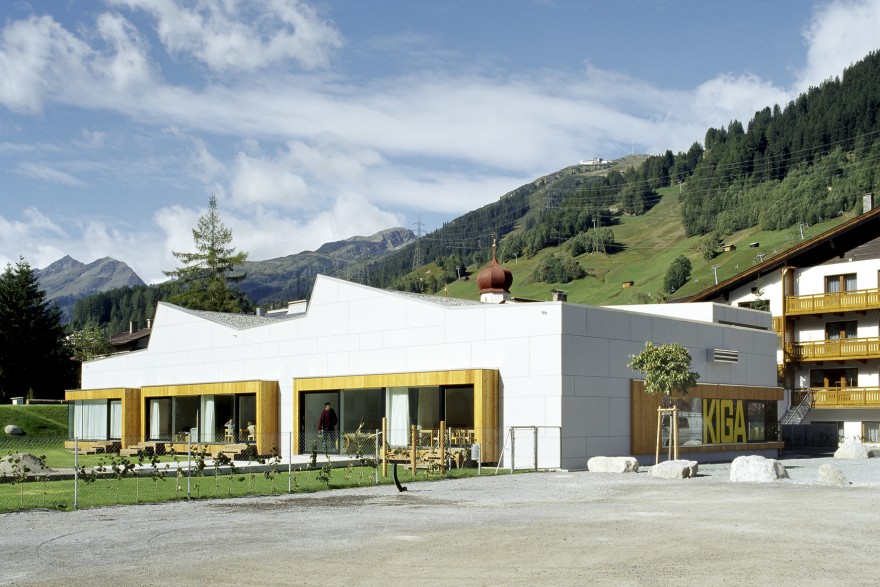 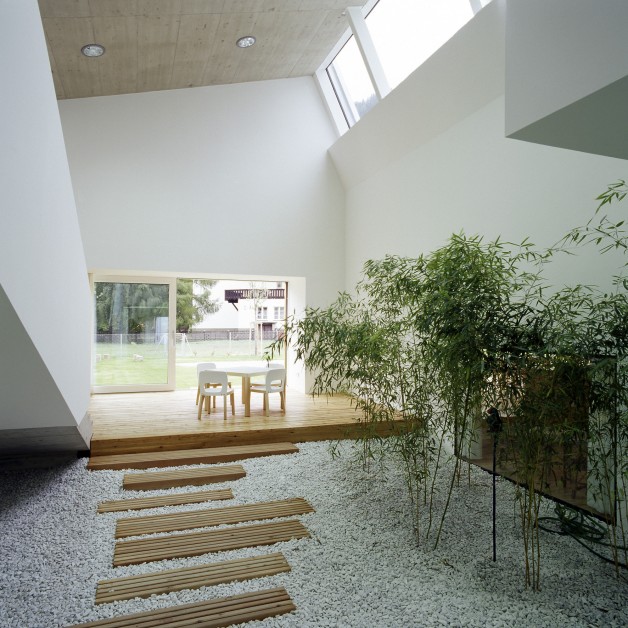 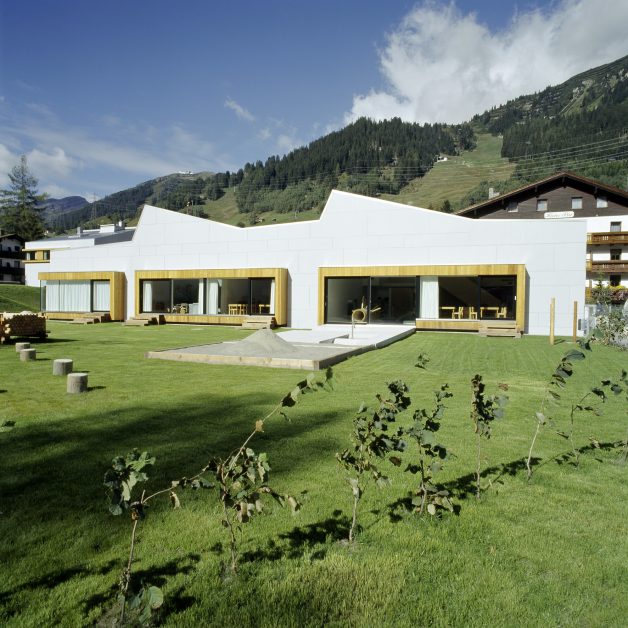 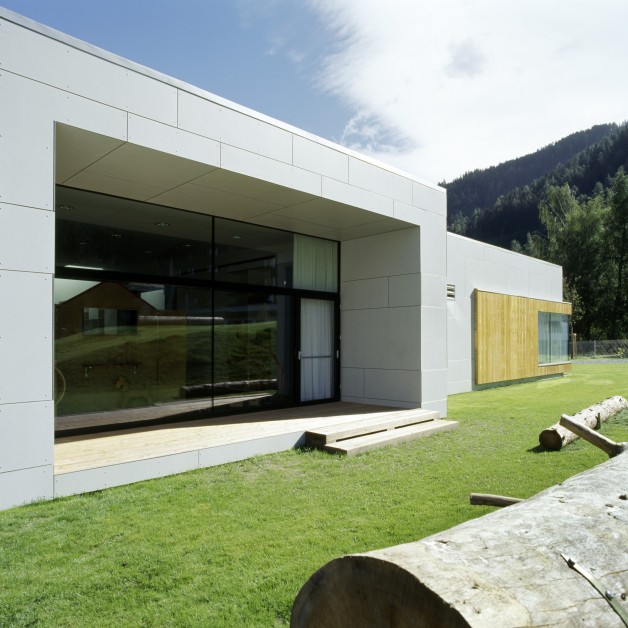 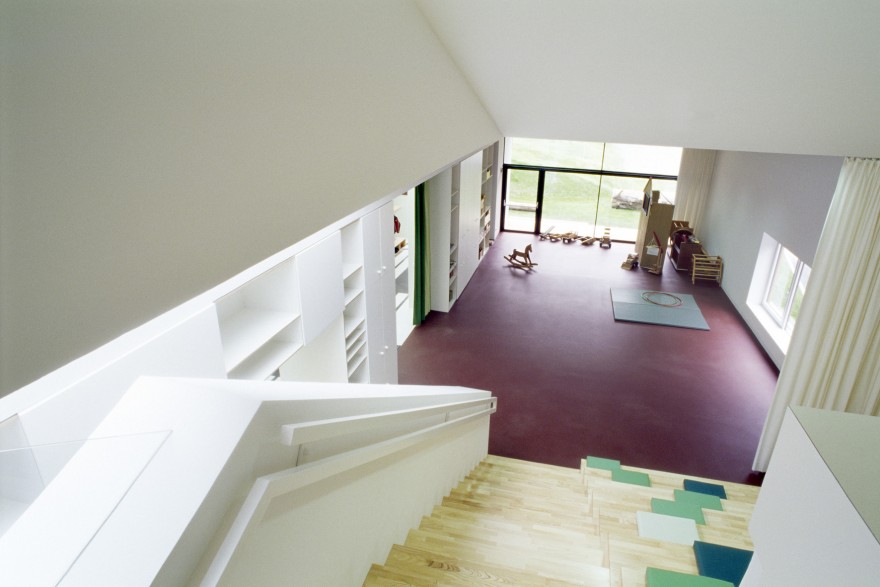 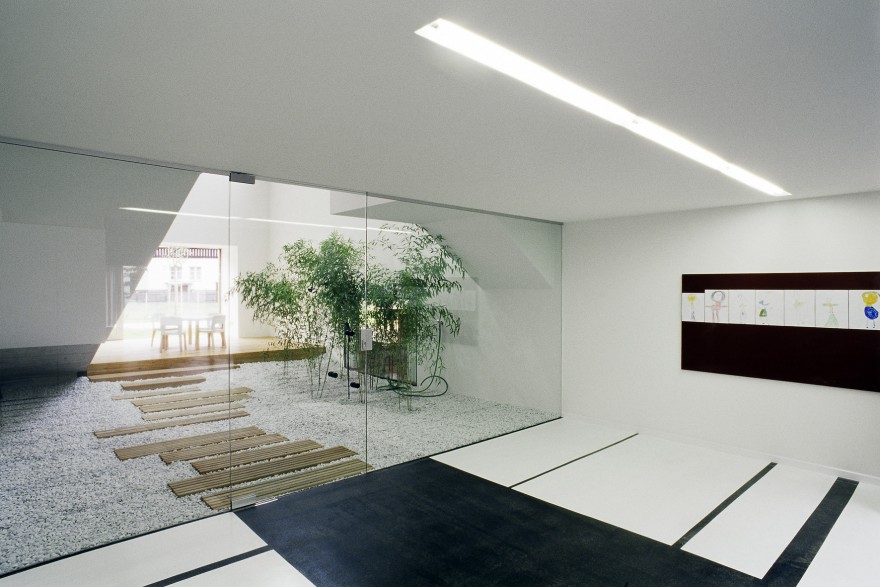 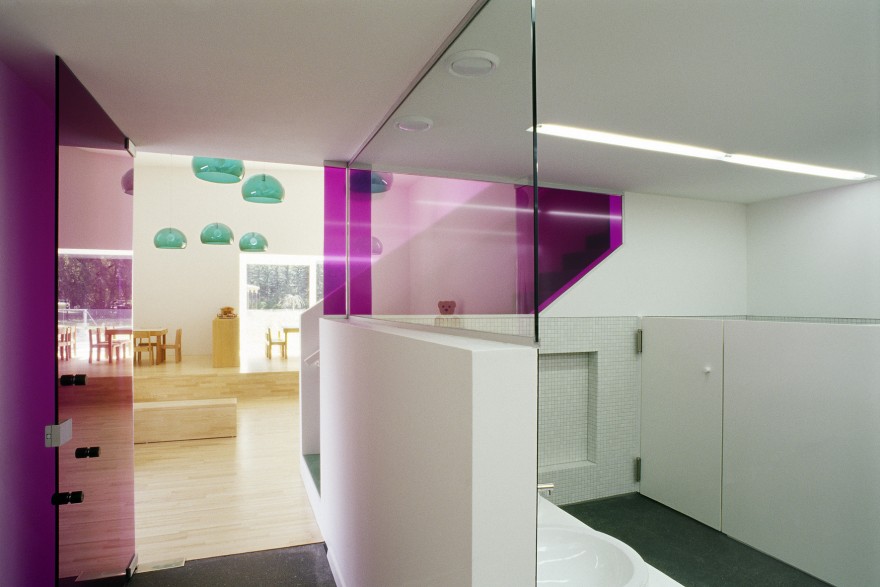 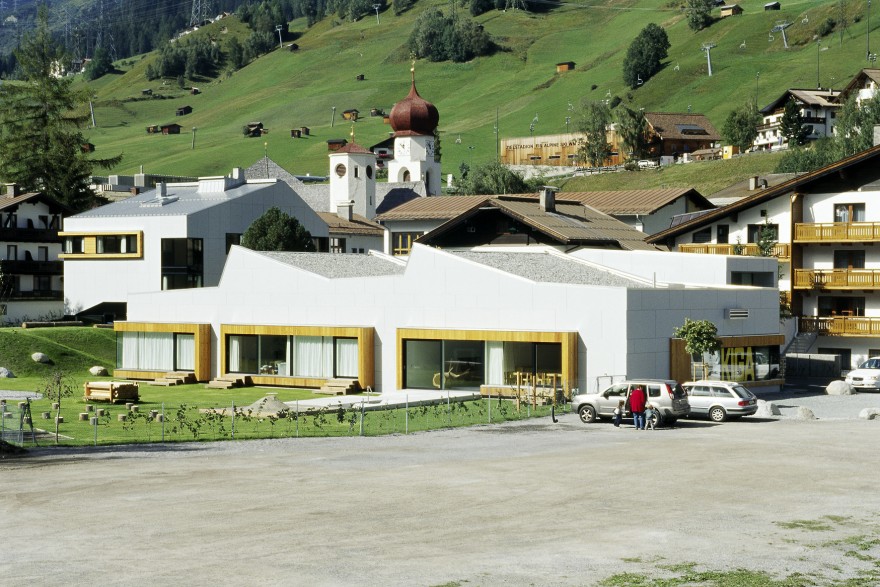 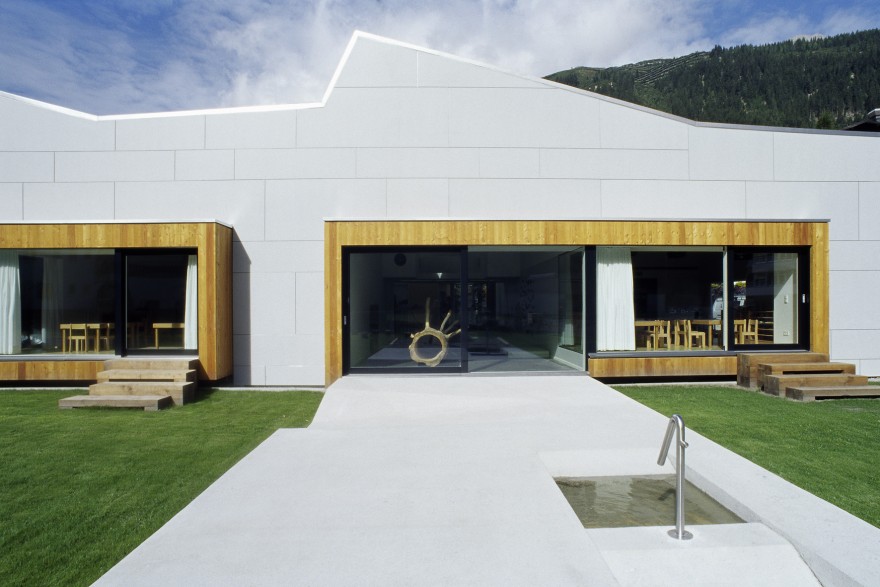 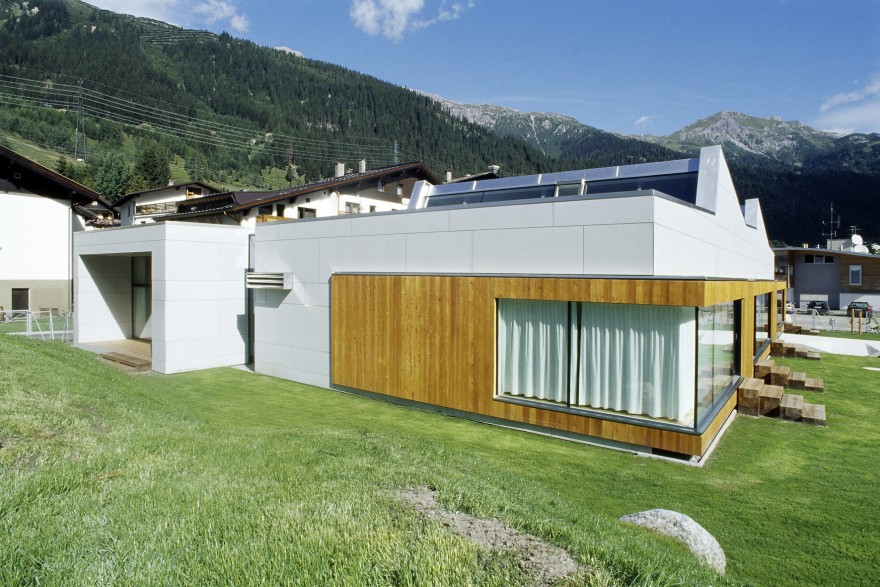 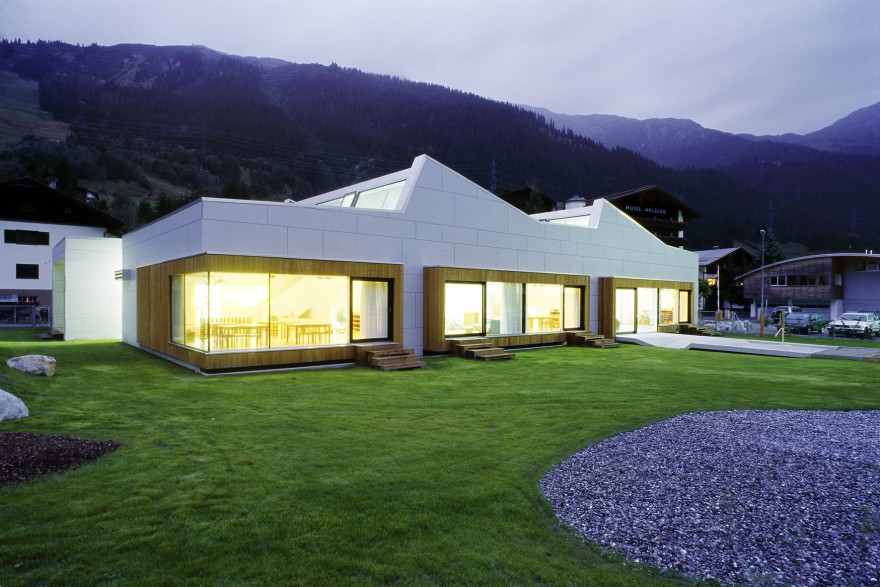 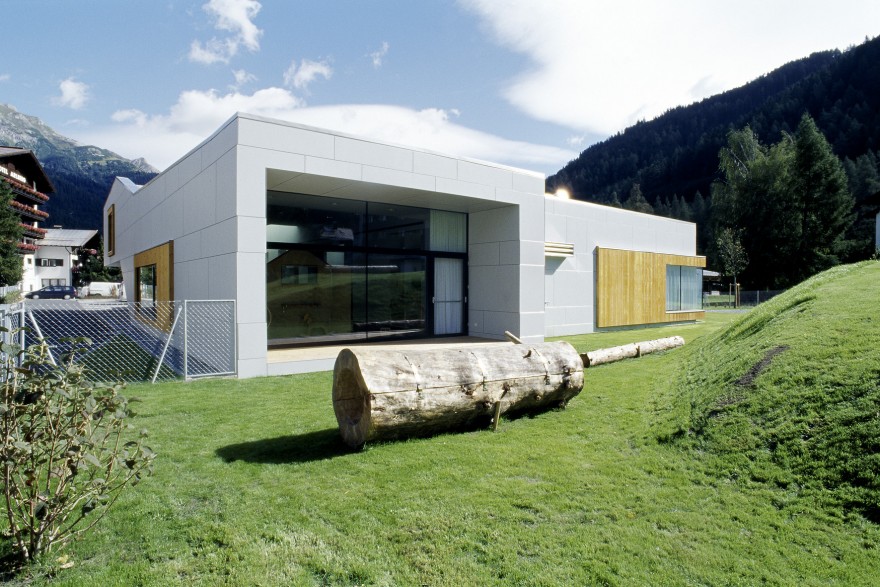 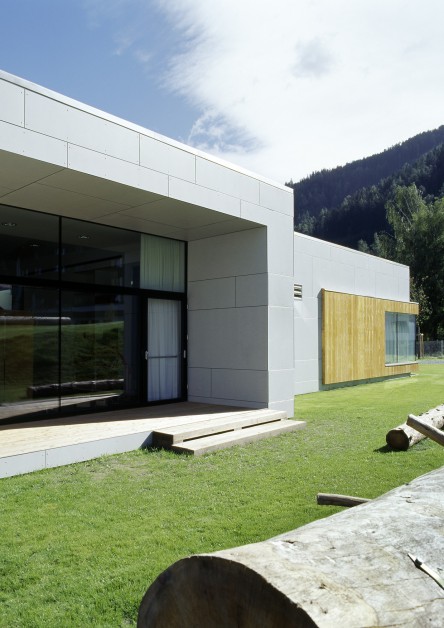 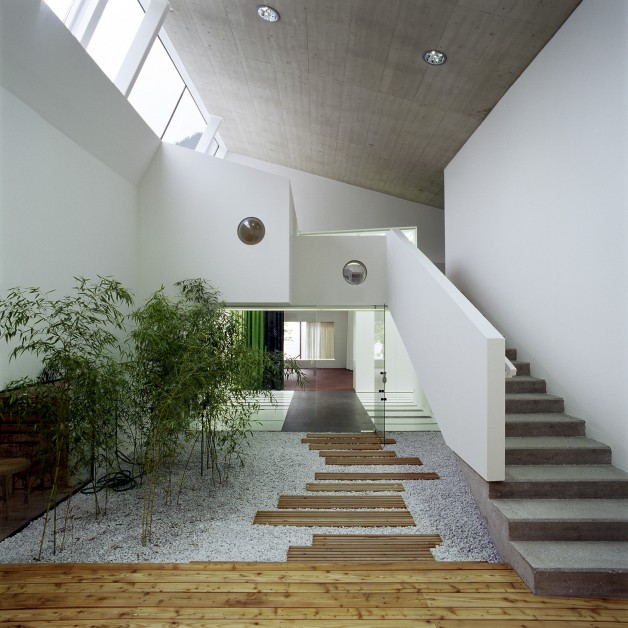 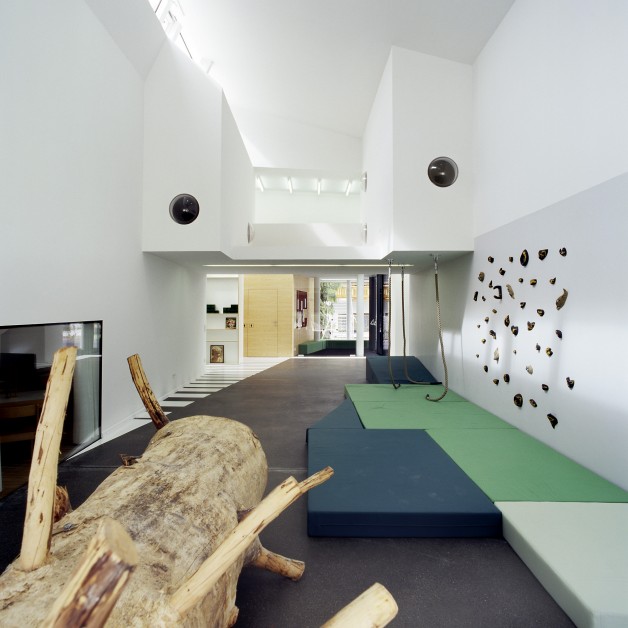 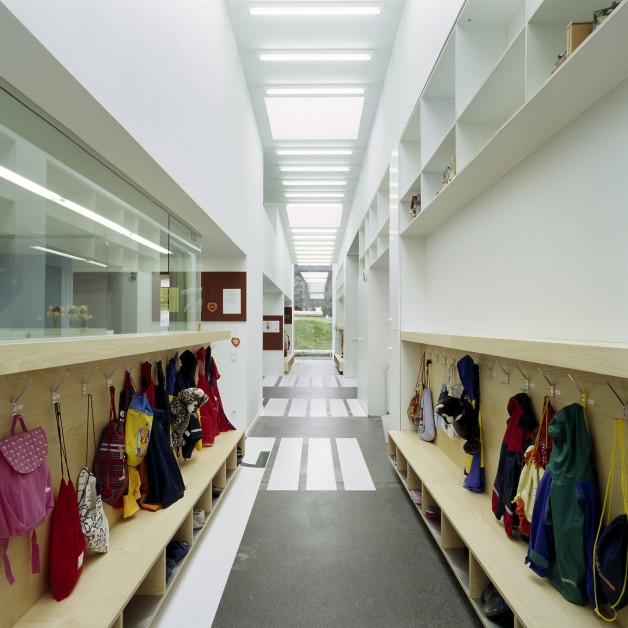 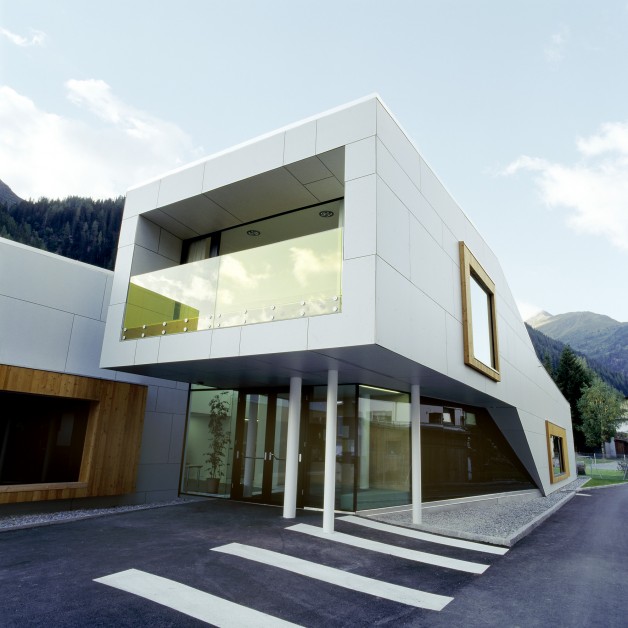 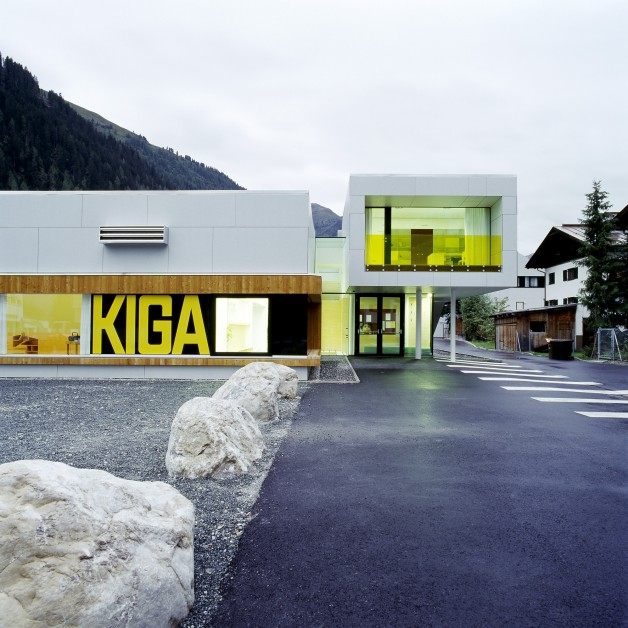 The compact structure of the mainly one-storied-high nursery school is situated in the northern corner of the site where a second storey is added in order to correspond with the surrounding building heights and to provide a roofed and weather-proof entrance area. A parking site located in the same spot is conceived with a front court character. At the same time it pervades the foyer and extends into the garden in form of a fortified and roofed playground. Starting from the foyer, the main axis crosses the whole building. Class rooms and recreation rooms are arranged along this axis (on both sides). Furthermore, the axis serves as a connection way and as space for cloak rooms. The adjacent lounges which can flexibly be opened or closed make the corridor lively and habitable.
The class rooms are equally south-east orientated. Due to wall-sized windows they seem to be situated in the middle of the garden area. The two gardens encircle the class rooms on the one hand and form a connection between the south-west orientated gym and the big front garden in the south-east on the other hand. The gym smoothly passes into the exterior room. Via steps, which can be used as stage for performances, the “house of the nursery teachers” can be reached. From there the entrance as well as the gym can be overviewed and watched.