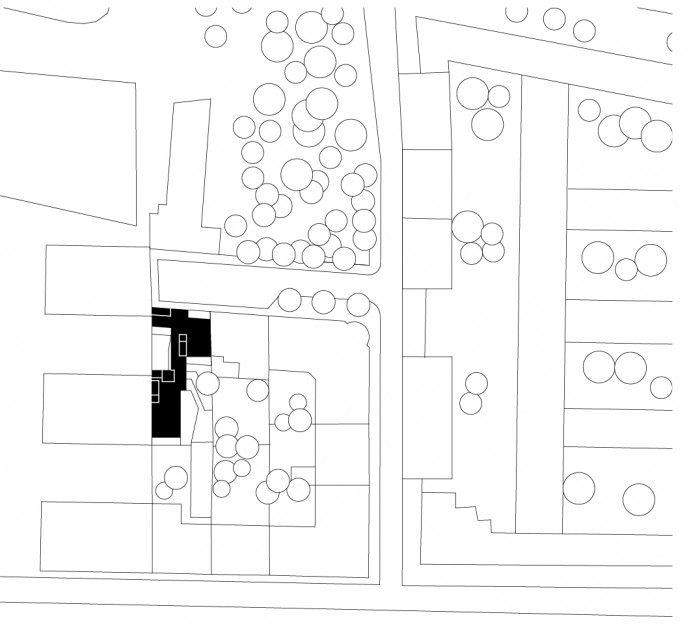 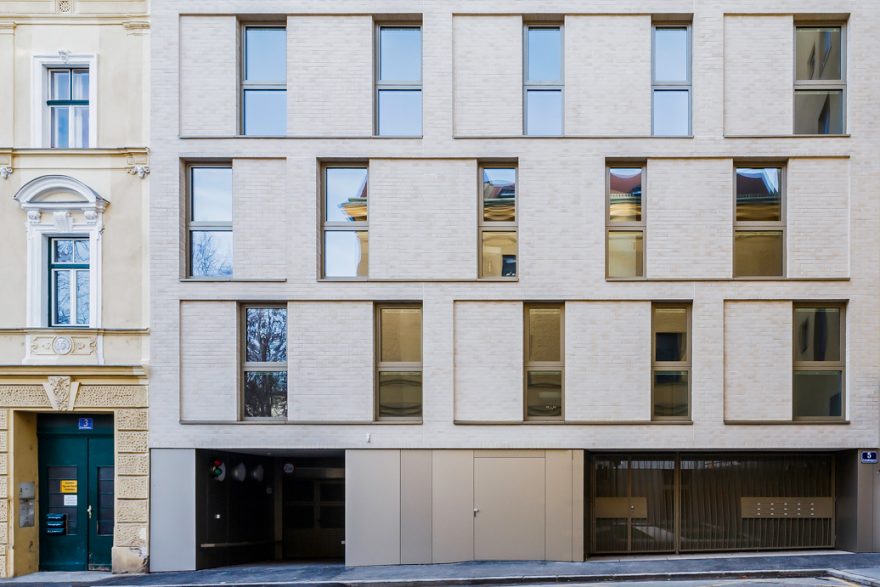 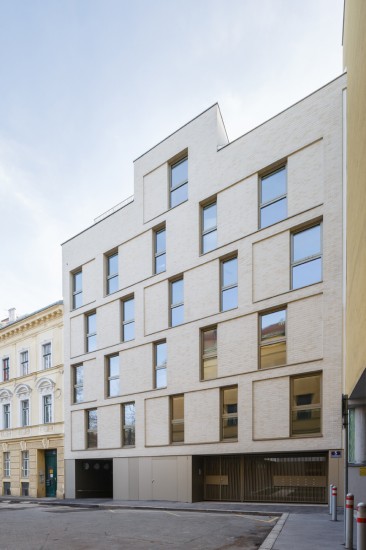 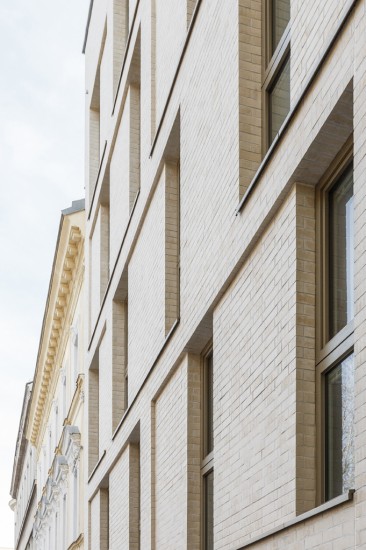 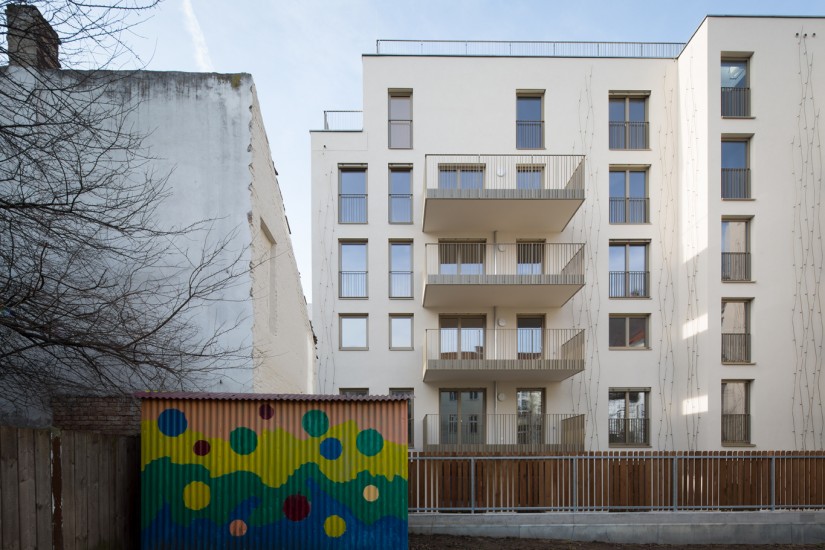 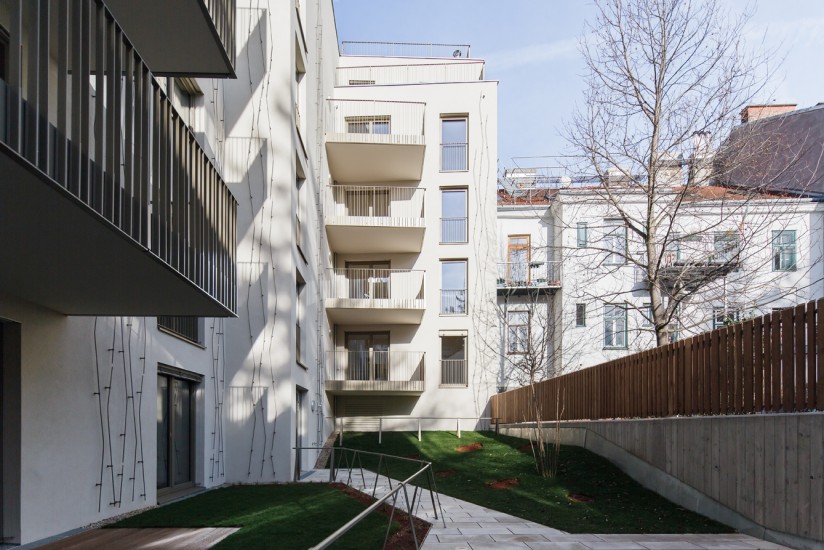 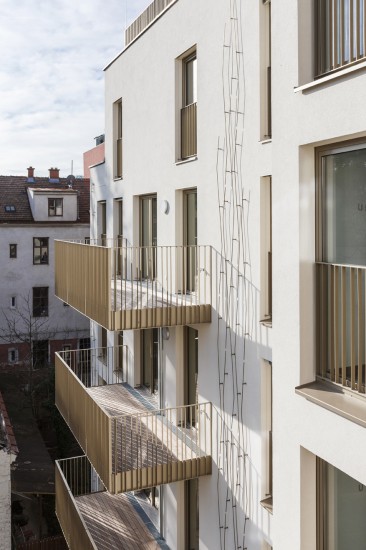 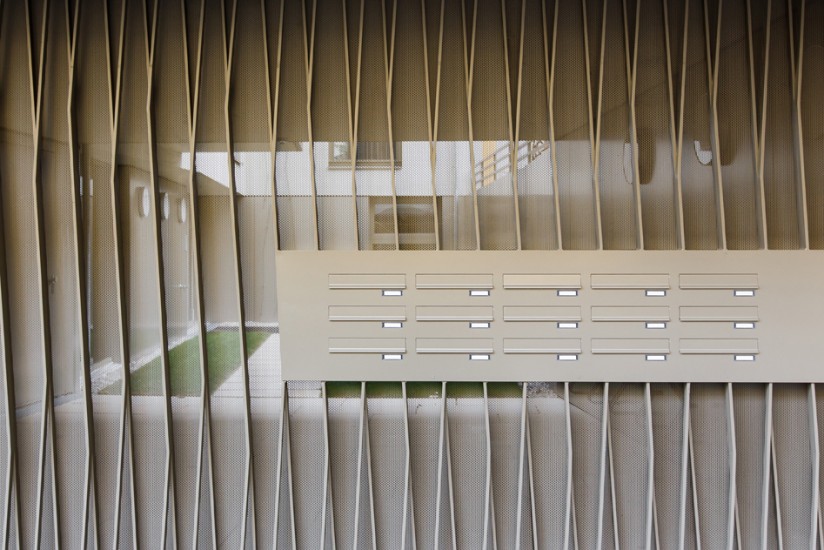 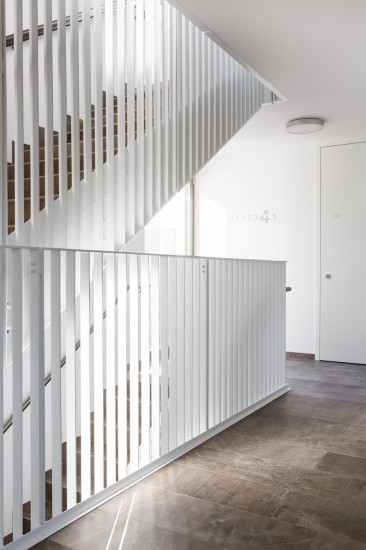 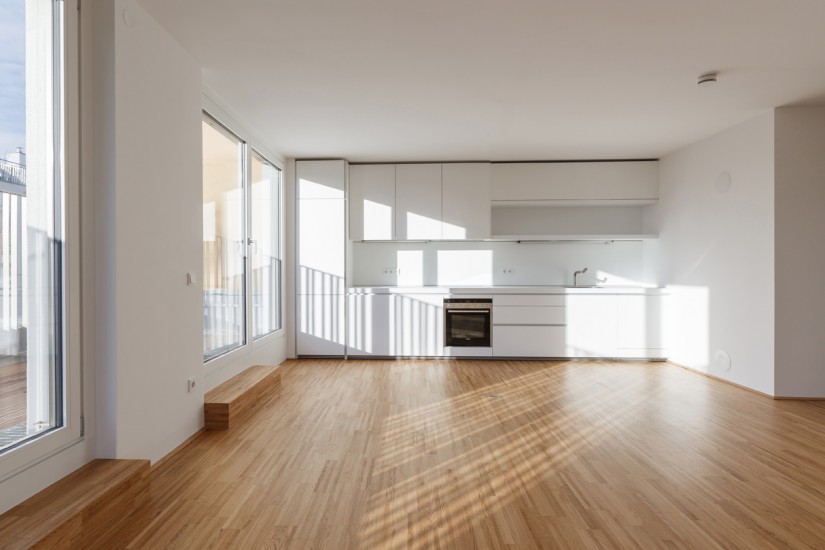 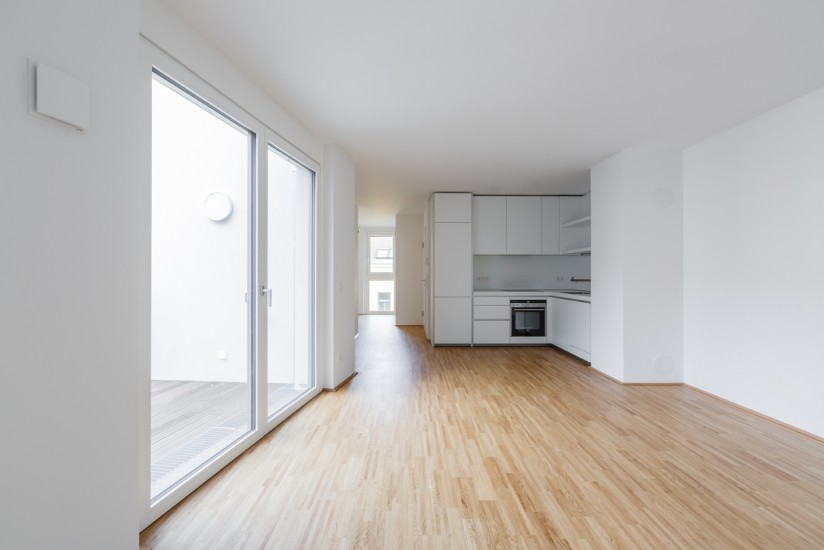 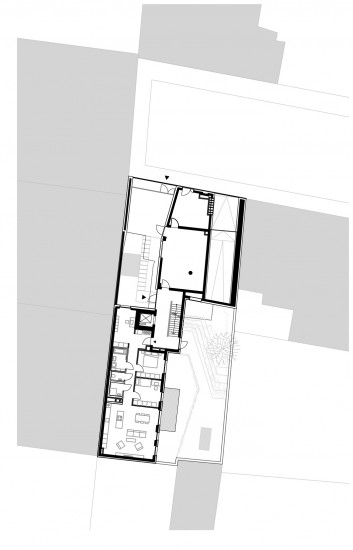 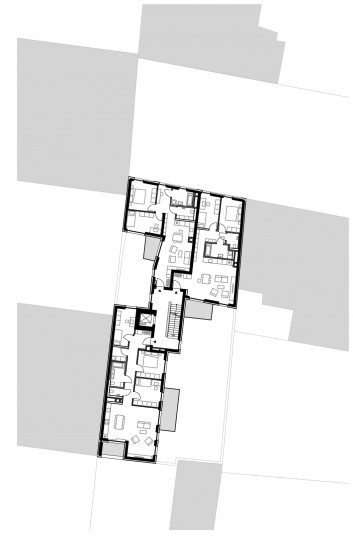 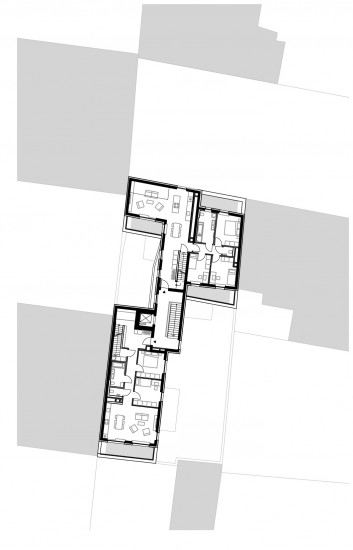 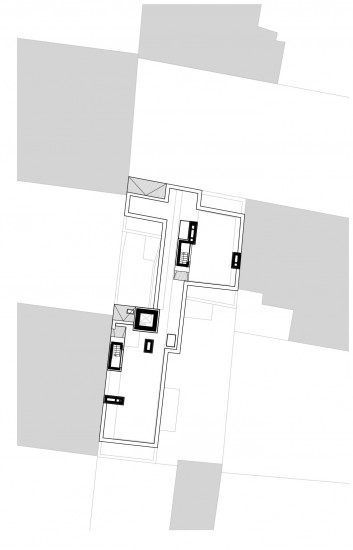 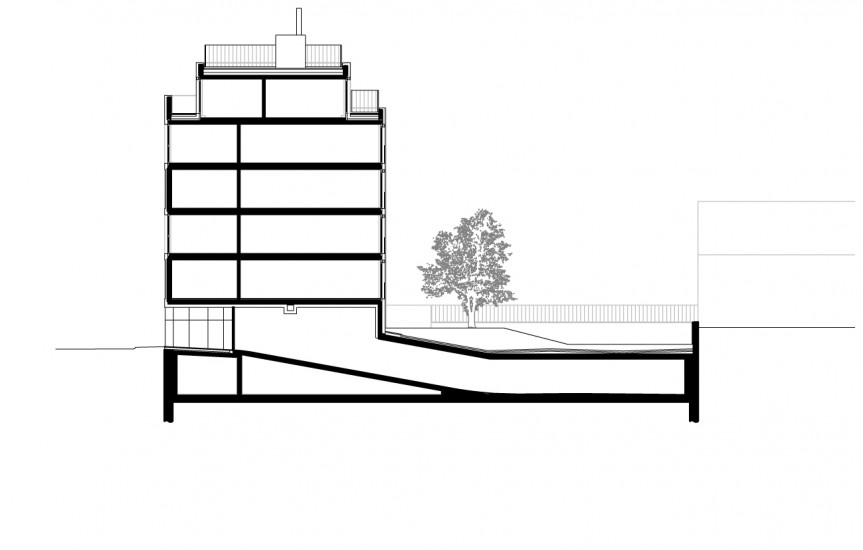 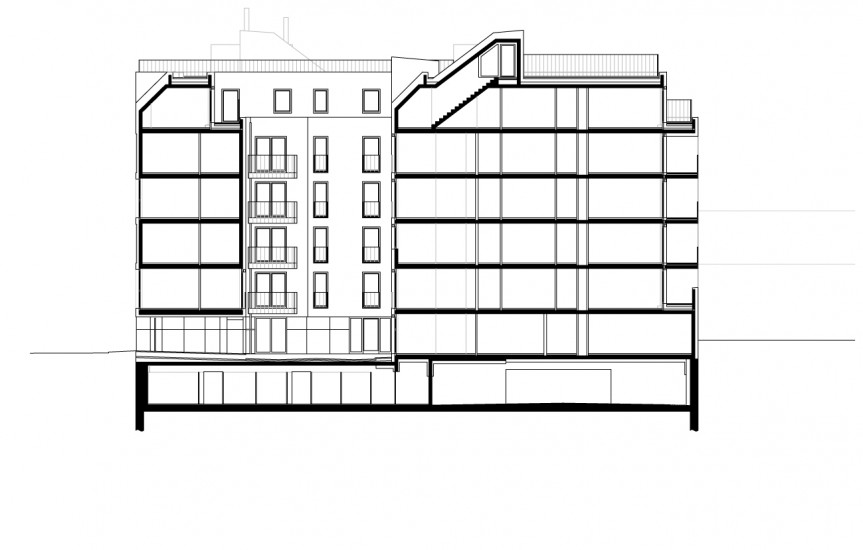 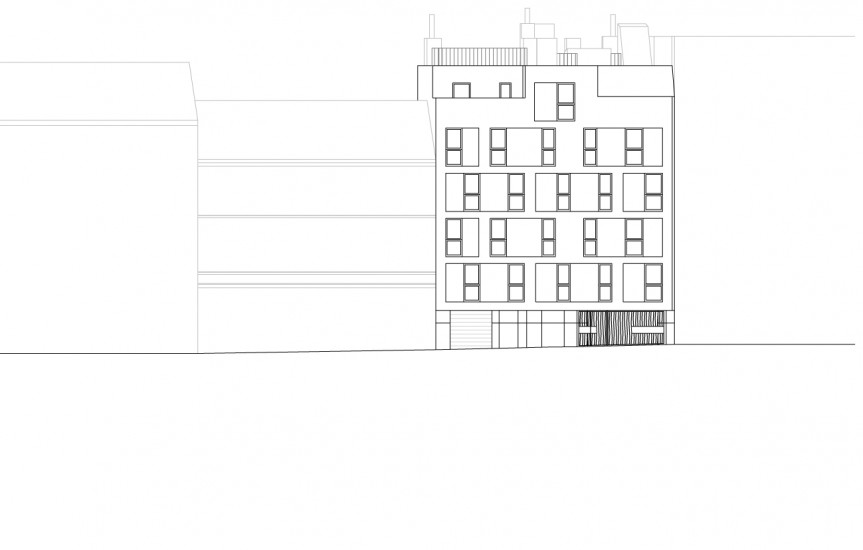 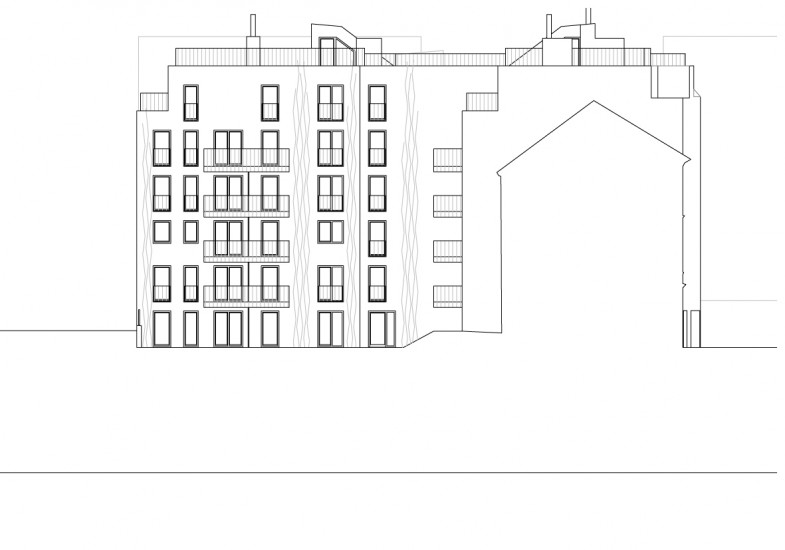 All that glitters is not gold. Sometimes it is also bronze. Like in this residential building in Frauenheimgasse in Vienna’s 12th district: with its bronze-clad plinth and a street façade of earthy sand-colored clinker, this pretty piece of architecture harmoniously integrates in the surrounding ensemble of historicist buildings: Its façade, punctuated by staggered rows of French windows, relates to their decorative stucco elements, reinterpreting them as contemporary reliefs. One special challenge was the narrow, long-stretched layout of the small vacant lot. This resulted in a light central stairwell as well as two courtyards, each of a different character: on the one side, there is a street-facing cozy entrance court, and on the other, the garden court, which integrates the charming old courtyard buildings and the greenery of the neighboring properties. Due to the interlocked courtyards, each of the fifteen apartments, irrespective of its size, could be given dual aspect following the course of the sun. Generous balconies and roof terraces offer themselves for extending the courtyard greenery. A prospering architectural jewel that stands out for its sophisticated detailing and high-quality materials.