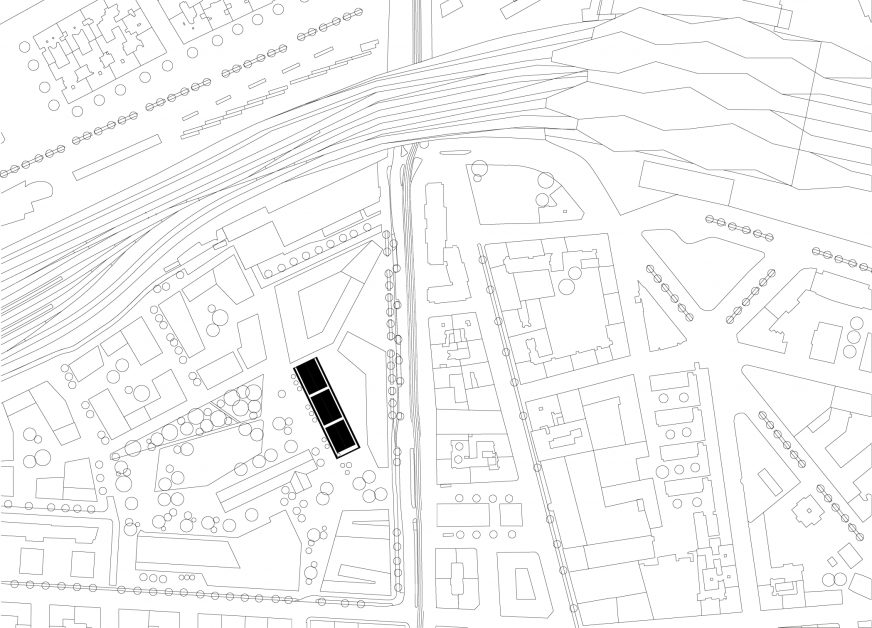 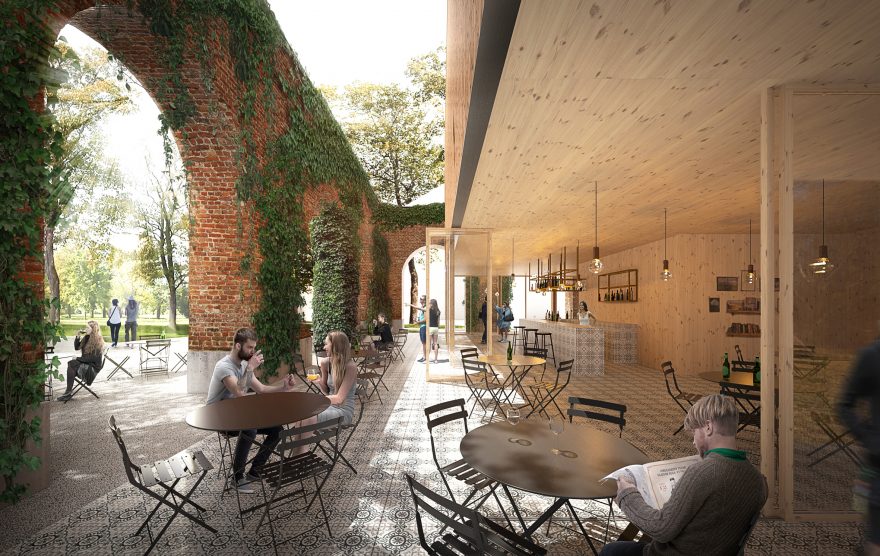 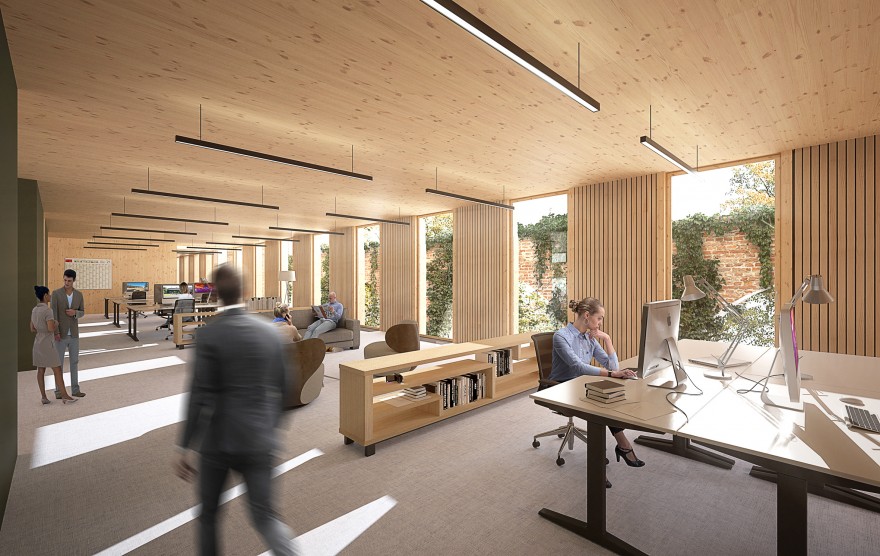 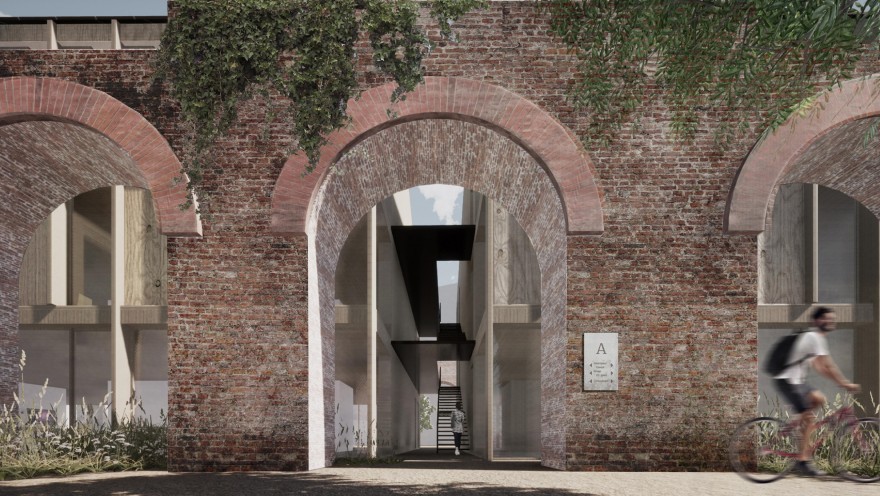 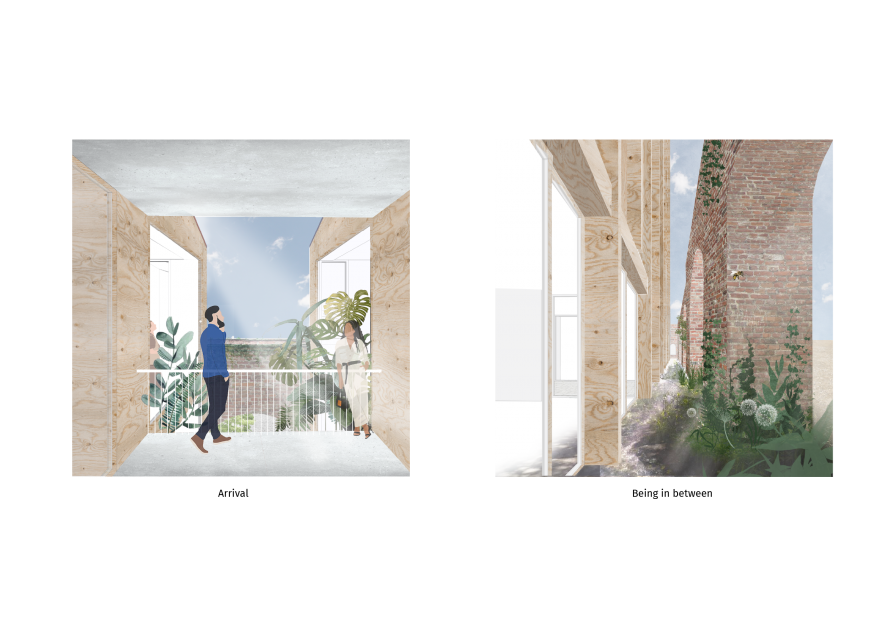 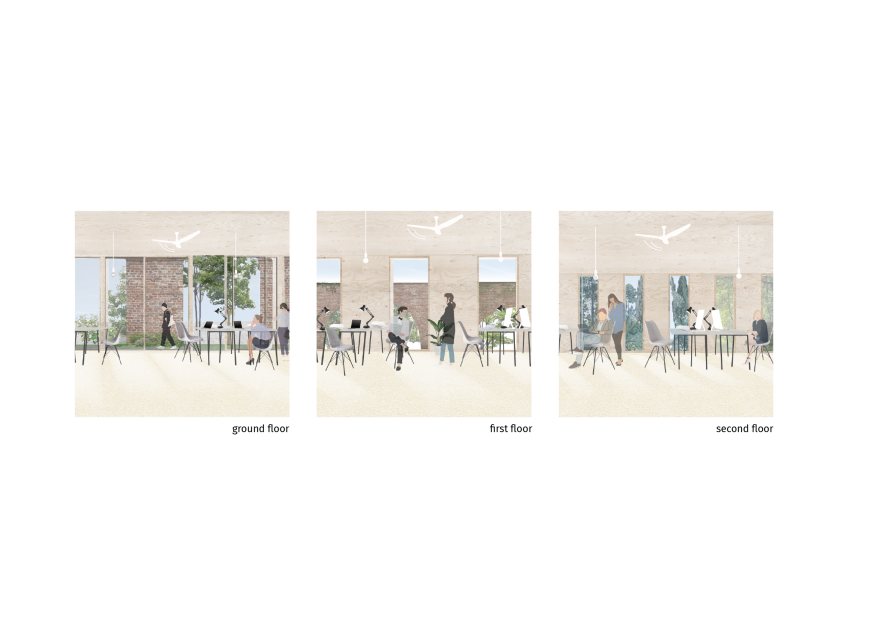 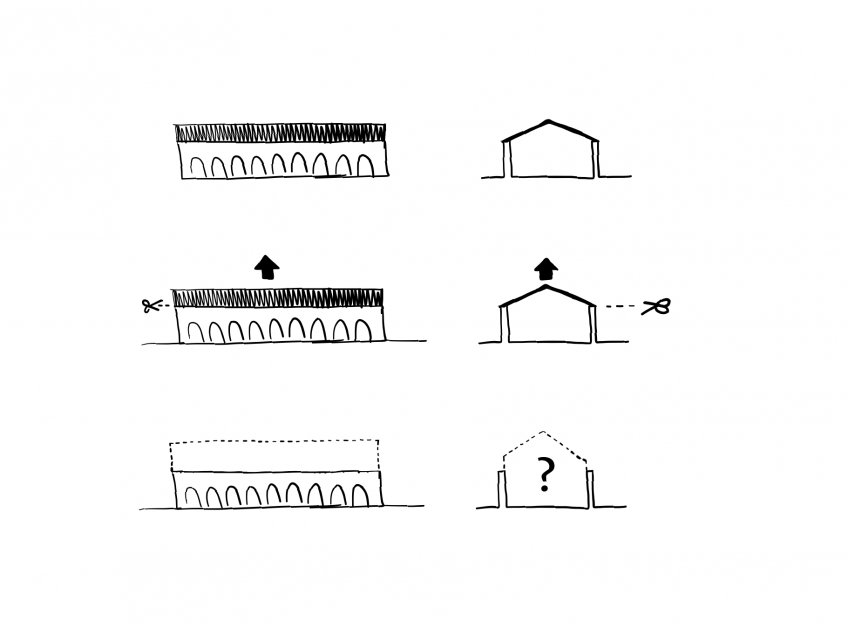 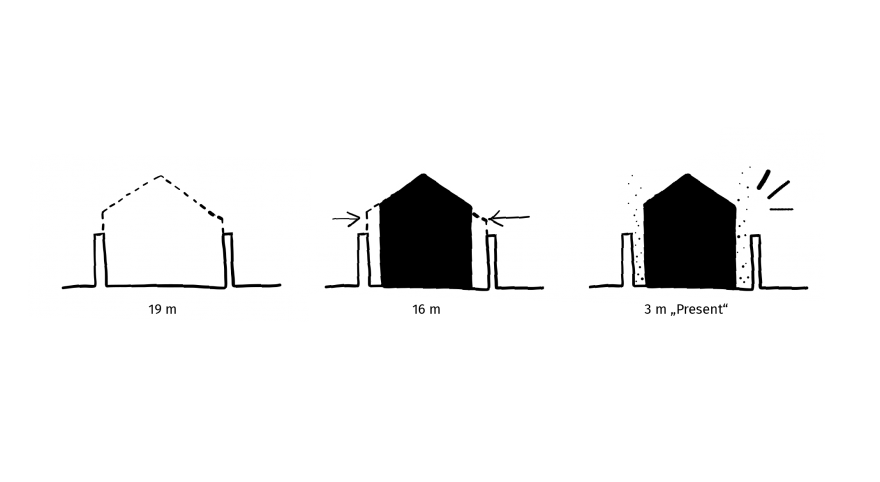 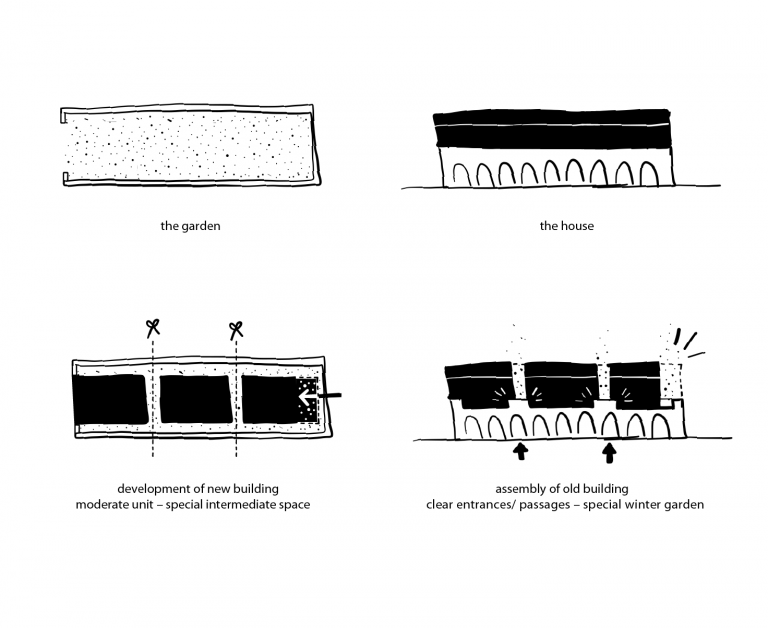 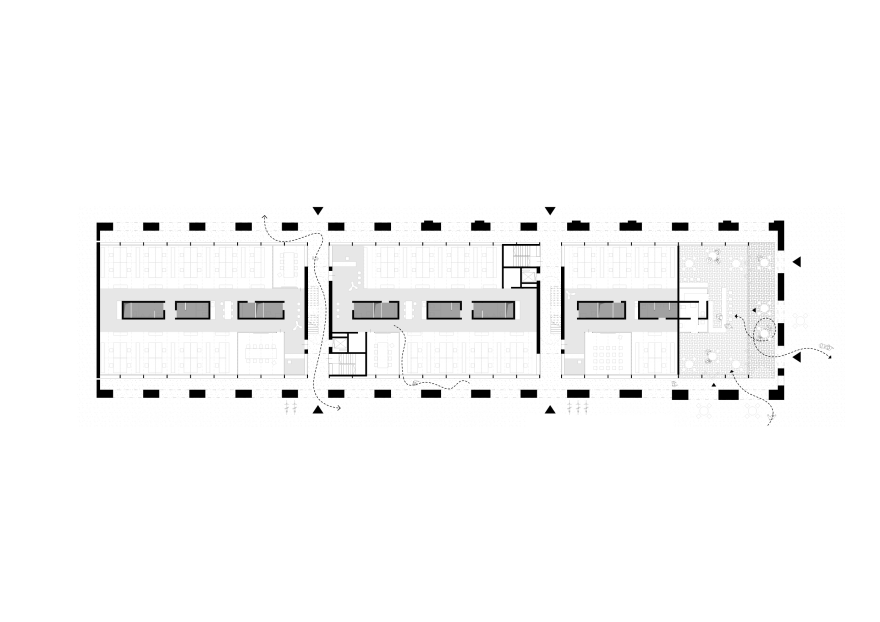 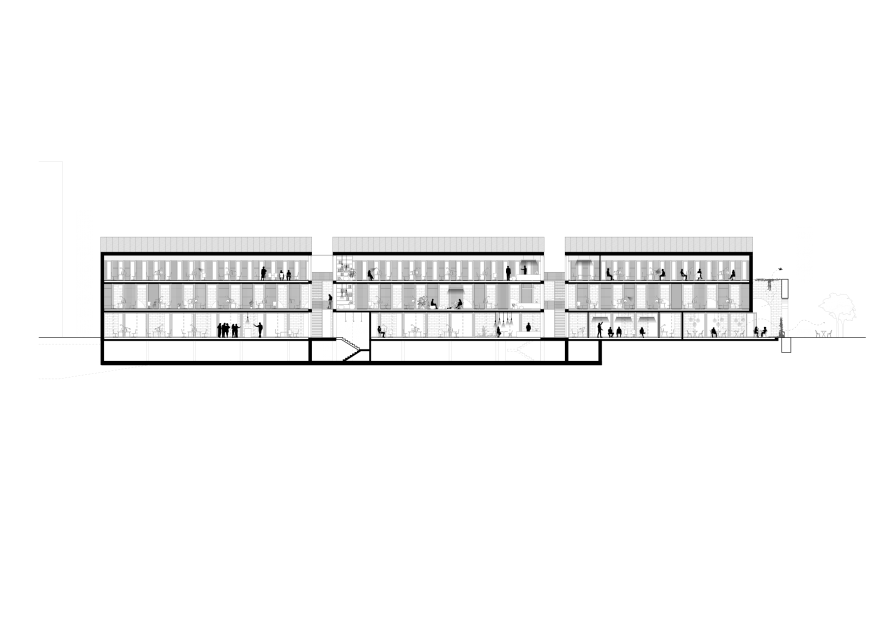 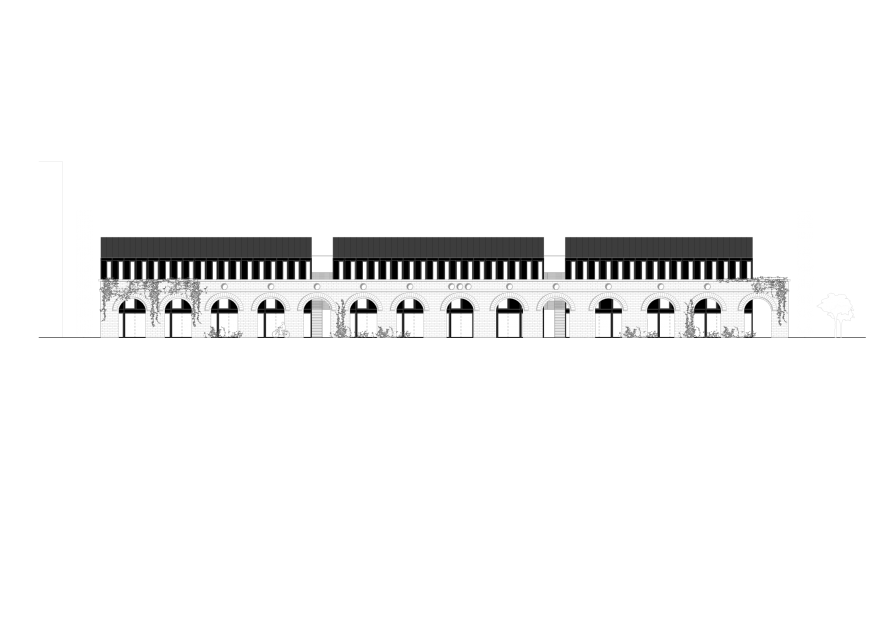 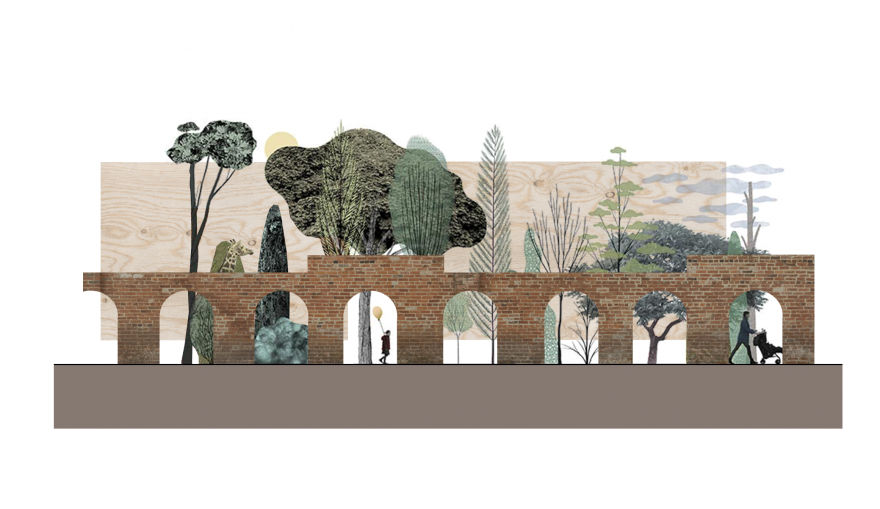 Of brewing and building, from yesterday into tomorrow—the history of the so-called Gösserhalle in Favoriten, Vienna’s 10th district, is a checkered one. Ever since its construction the industrial building, originally built as a workshop premises by the ÖBB before 1900, then converted into a beer warehouse for the famous Gösser company in the middle of the last century and most recently repurposed as an event venue, has, with its distinctive façade with clinker-clad wide arches, defined the character of its urban quarter. This identity-forming brickwork structure is now taken into the future by the design of AllesWirdGut. Utilizing the existing structure in a very mindful way, the project strikes a balance between urban design stipulations and the needs of future use—and embarks on a radical intervention in the process: While the exterior walls of the old Gösserhalle are preserved, the existing roof is pulled down to create optimal conditions for a new three-storey building that accommodates office spaces and a café and is enclosed by the historical walling. The differential between the former building depth and the new skin creates a surprising, luxurious tension-loaded three-meter interval, which, through the correlations it facilitates, seeks to evoke magical moments like just right before a kiss. That in-between space is a gift and will be developed with regard to design, ecological, economic and pragmatic aspects. The concept of AllesWirdGut relies on prefabricated modular elements and a mix of materials consisting of wood, clinker and metal. The design outlines a synthesis of respectfully preserved existing and leading-edge new architecture: Careful considerateness and consistently modern typology converge in a made-to-measure project that lets a freely natural, welcoming in-between take root in the center of an urban design task.