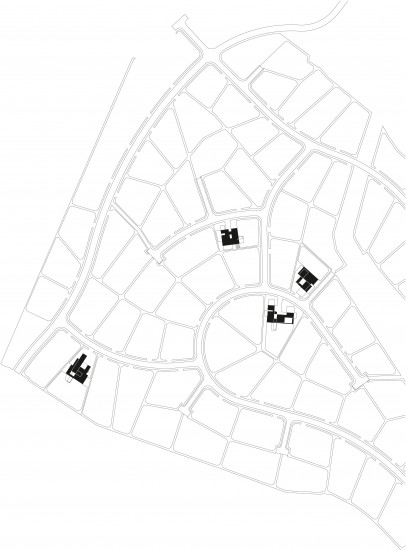 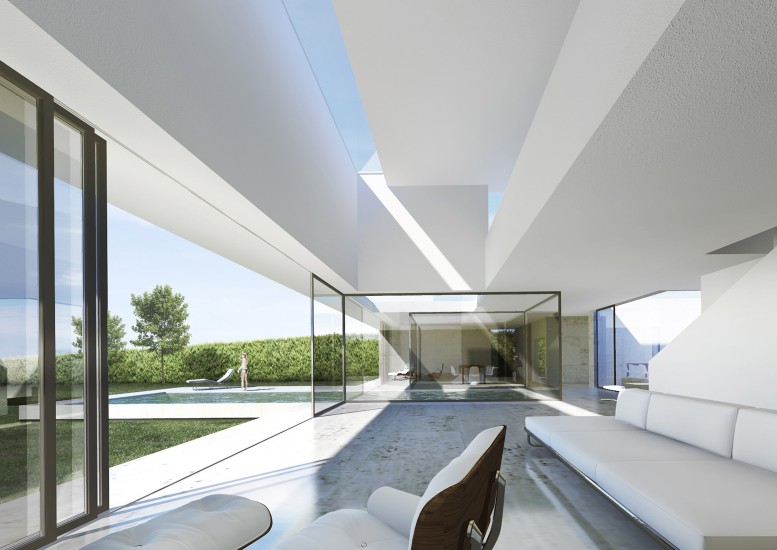 Another big aspect of the concept concerns the use of a large free garden space. The small patios are mainly associated with private rooms. This allows that each room has its own private garden space which doubles the actual size of the room. The blend between villa and hedge creates a secluded and private space which emphasizes the luxury character of the project.

The views are mainly oriented towards the inside however through the topography of the terrain one can enjoy as well the landscape views. The bigger villas have an upper floor that combines the representative aspect of the house as well as the possibility to look in the distance.